New Zealand. The land of ones! 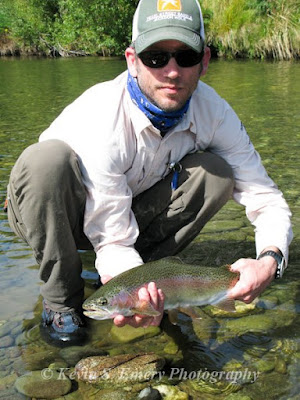 For fucks sake. Why in the hell do I find myself in this position far too often.

It reminds me of the old days of cruising main street on Friday nights. The car is full of hot chicks waiting for the the adventure to begin. Your Camero is clean and fast. And new to boot. Just when you feel that the night is going well, along side you pulls up the new and improved, kick ass (and probably faster) Camero.

Well, Clacka. Here we are again. Looks like I'm going to have to "suck it up" or trade in. 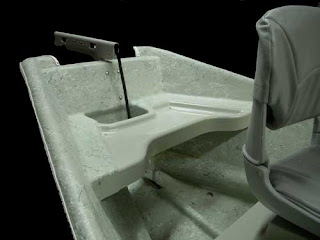 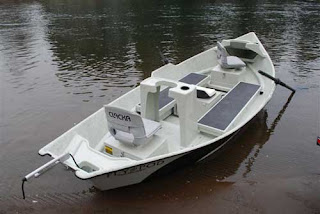 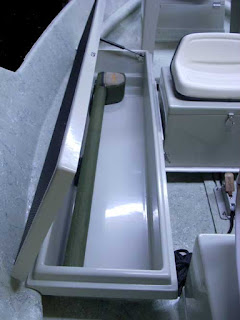 Take an opportunity to stay up to date with "the Man's" plan for your tax payer $.

The country's long-neglected national parks will benefit from hundreds of millions of dollars for "shovel-ready" projects, as Bill Schneider details in New West. "'Congress has approved a reinvestment of more than $900 million in America's crumbling national park infrastructure--creating jobs in rural and urban communities nationwide, and helping to restore our national heritage, praised Tom Kiernan, NPCA president."

The new package will also pump funds into NOAA, the U.S. Forest Service and U.S. Fish & Wildlife, as well as restart neglected mine cleanup projects. (As the "environmentally friendly" Beal Mountain mine near Butte, Montana proved, the long-term costs of hardrock mining are almost never borne by the companies that profit from the business.) "The Government Accountability Office estimates there are at least 161,000 abandoned hardrock mines in Alaska and 11 other western states, plus South Dakota. The Environmental Protection Agency says it could cost as much as $50 billion to clean up all the nation's abandoned hardrock mines." Joan Lowy of the Associated Press.
Posted by Kevin Emery No comments:

After weeks on end of powder skiing, the storm cycle has come to an end. My body is beaten up and in need of a few days off. The first day off was spent as a couch slug. Perfect. The next day was warm and sunny. The thought of wetting a line sounded pretty good. It only took a few minutes of digging through the garage to get all the gear in the truck. As I was loading the dogs in the back, I saw my snowshoes. I threw them in the back, just in case.

I pulled into the parking lot by the Snake River. It was filled with cross country skiers putting their gear on and off. As I rigged my gear behind my truck I got several looks and nods from folks. Some looked to be thinking, 'nice call', others seemed to be thinking 'what the fuck?'

I set off down the ski trail with rod in hand and snowshoes strapped to my backpack. Soon I came to path beaten down by dogs that led to a channel of the river. I walked down, got to the side-channel, and started walking upstream through the water to avoid the deep snow. I soon realized the channel went on for quite a long way, but if I crossed a snowfield I could get to some good looking water quite quickly. As I started trudging through the snow, postholing every couple of steps, I thought about pausing to put on my snowshoes. This would have been smart, but the river wasn't that far away and I was eager to get fishing. Besides, If I put them on now I would just have to take them off in a minute when I got to the river to fish. I pressed on and in a few sweaty minutes I was at the waters edge.

I tied on a couple of nymphs, attached an indicator and made my first cast of the new year. I worked this first riffle and the run below it for a while with no strikes. The day was beautiful however, and just standing along the river was reward enough.

After a while at this spot I wanted to continue upstream to work more water. The main channel was deep and swift, so over snow was the way I had to go. After a few steps in the deep snow, I decided now was a good time to put on the snowshoes. These snowshoes I received as a gift many years ago and have only used a few times. They are very nice, the high-tech kind. They are large with an aluminum frame and some kind of plastic sheet strung across them. There is a simple strap system to hold your boot to the snowshoe and a few metal cleats underneath for traction. They went on quickly and soon I was walking across the snow with ease. It was quite fun and my dogs were happy with my faster pace. I soon came to another good looking pool. It was slow moving and deep. The bank here was steep, so I fished it from up on the bank. No action here, time to keep walking upstream.

Soon I came the place where the side channel I had walked up earlier split from the main river. It was a small channel and the current flowed shallow and swift. The smart thing to do would have been to take off the snowshoes for the quick crossing. The smart thing to do isn't always the fun thing to do, let alone the thing I do. With a shrug of the shoulders and a lets see what happens I stepped into the current.

Though the water was just over my ankles, the effect of the current on the large surface area of the snowshoes was much like a sudden gust of wind on a small sailboat. In spite of my intention to move forward, the lateral motion was noticeable. This coupled with the metal cleats on the round river rocks ............

Get me outta here.

Unrealistic standards for SKANKS? Well, I guess it depends on your moral standards and/or blatant disregards for personal ethics. Awe, have another beer and get you some.

Email ThisBlogThis!Share to TwitterShare to FacebookShare to Pinterest
We're on step closer to the passing of the economic stimulus bill, which will help to create JOB's and allow us to all fish a little more.
Posted by Kevin Emery No comments:

10 HOURS IN A TWIN OTTER

Over two weeks of delays and cancellations led to this monday morning. I woke to the usual routine. 7:15. Check the pager and email. There it was again. the pager read  "It's a go. Have fun today." In my pre coffee stupor, I read it as "It's a NO go. Have fun today." Meaning that I would spend yet another day behind the desk, acting like I'm doing something productive. But no. I reread the initial page to realize that I would be transporting in a vehicle to the runway in 15 minutes. Quickly I slipped on the "bat suit" Mountaineering clothes, grabbed my pack and raced towards the shuttle to spend the next few hours flying around the Antarctic continent installing AWS Antarctic Weather Stations. After 10 hours of flying, five hours on the ground, two refueling stops and countless games of tower defense on my iPhone before we arrived back in Mcmurdo Station and to the office @ 12pm. A whole lot of sitting. People really think that being a mountaineer in the USAP is "Sexy". I think not. We're really just scapegoats for the USAP and NSF to blame, for people getting frostbite. They tell us "You didn't instruct them well enough." I call, BULLSHIT! And, that's another story all together. Anyhow, flying around in planes and helicopters "Is Sexy" I call it pilot envy. Well, only 16 more days until I get my ass kicked by the NZ trout once again. Only this time i've hired a guide. I hope this helps. Watch out, here I come.
"Set"
Posted by Kevin Emery No comments: